The American Cream Draft Horse breed descended from a draft type mare with an outstanding cream color. This mare of unknown ancestry was located in Central Iowa during the early part of the twentieth century. She has left her stamp on the horse world as the founder of a breed of horses distinctly and consistently resembling herself in color and type. By mating her offspring to other well-known draft breeds, the type and quality have been improved while the color has been maintained.

From the first, they were admired by all who saw them. It was not until approximately 1935 that any special effort was put forth to make a distinct breed of them. At that time, a few foresighted men began line breeding and inbreeding with the hopes of establishing a new draft breed.

The American Cream horse is strictly of draft breeding and must not be confused with palominos or other light breeds. Our records, tracing back to the beginning of the twentieth century, do not indicate any other than draft breeding.

Breed Standards for American Cream Draft horses call for light, medium or dark cream color on pink skin, white mane and tail, and amber or hazel eyes. Foal`s eyes are almost white the first year. White markings on face and legs are desirable. Creams have long manes and tails, and tails are not docked.

Their movement is smooth and easy, picking up feet and setting squarely on the ground. Their temperament is best described as amiable, easy going, willing, ready to please, and trustworthy.

On Recommendation of D. Phillip Sponenberg, DVM, PHD. Virginia-Maryland Regional College of Veterinary Medicine and Chair of Technical Panel, American Livestock Breeds Conservancy, appendixing of foals with cream breeding too dark to be considered cream is being done. They will be serviced to Creams which we believe will strengthen rather than dilute the cream genes and enable the numbers to increase more rapidly.

In 1986 the name Warland Farm was registered with the National Clydesdale Association. This consisted of 10 acres, a barn, and a house in southeast Michigan. The farm name is a combination of my initials and land.

I began my experience with draft horses in 1986 with Clydesdales. Clydesdales were always my favorite of the draft horses until I read an article in The Workhorse Handbook about the American Cream Drafts that were all but extinct. It was at this time I decided to get involved with the breed. At the time, I was looking for land in Montana, driving back and forth between Montana and Michigan. I would stop in Iowa at different farms trying to find American Cream Draft Horses. In 1994 I located a farm in Charles City, Iowa that had a cream colt and filly for sale and I purchased them. From that moment on I was hooked.

I moved my farm from Michigan to Montana in 1999 and located it at the bottom of the Mission Valley at the foot of the Mission Range of the Rocky Mountains near St. Ignatius, Montana. Now I have all my foundation stock in place and have a few select Cream`s for sale. Warland Farm in addition to my Cream Horses keeps a few Black Angus cattle and numerous smaller "critters" inhabiting my time and attention.

For information contact Wes Rogalski, 406-745-5111 or email at wrogalski@aol.com

Where did the American Cream originate? This is the question most frequently asked by those seeing them for the first time. We Point with pride to the fact that the American Cream Draft Horse is the only draft horse originated and recognized as a breed in the United States. Below you can watch a fantastic video detailing the information on the American cream draft horse breed. 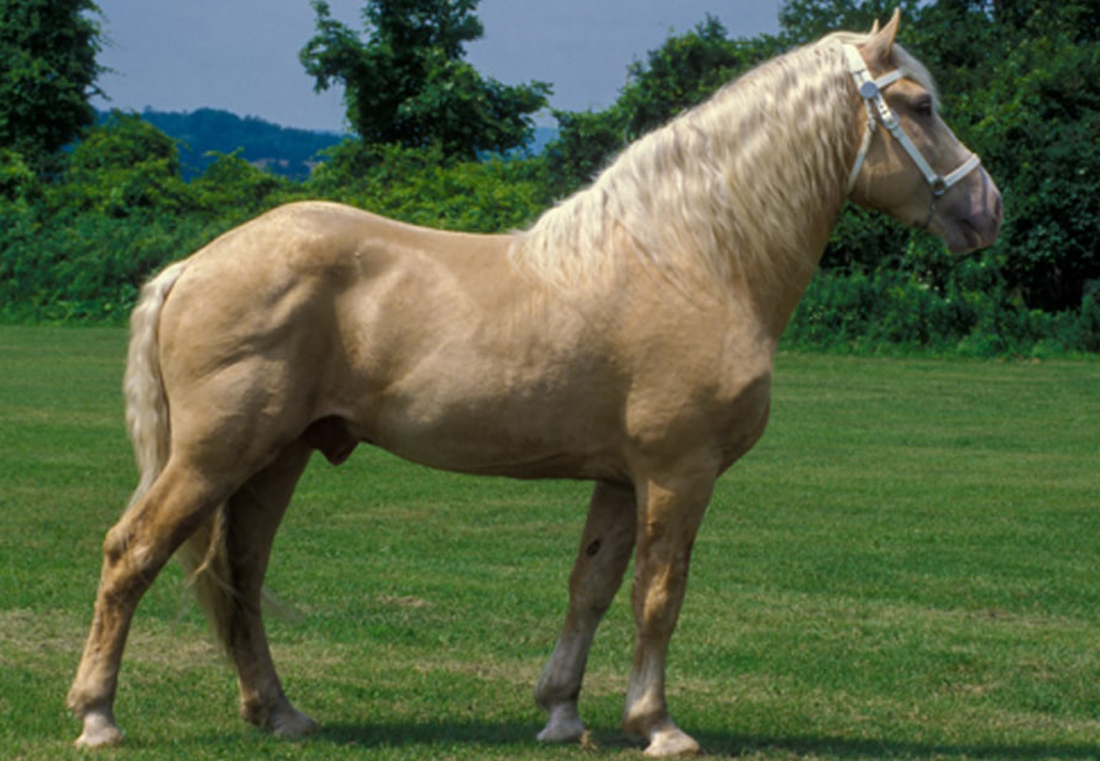