SEQUALO raced against Australia`s best sprinters over 5 consecutive seasons. He retired to stud having won prizemoney of $A832,725 and 10 races including 3 at Group 2 level, 1 at Group 3 level and 2 at Listed level at distances between 1000 metres and 1206 metres. He was placed at Group 1 level in the VRC Newmarket, VRC Lightning Stakes and the MVRC Manikato Stakes. He also ran 2nd or 3rd at Group 2, Group 3 or Listed level on another 9 occasions.

SEQUALO boasts a strong dam line. Both his dam Dash Around and his grandam La Perdita were multiple city winners on Melbourne racetracks over sprinting distances. Cumulatively, they have had 16 starters for 12 individual winners - 5 being black type performers.

A real stalwart of Queensland racing, Sequalo heads into his 16th season this spring. The sire of 547 winners with an outstanding winners-to-runners strike rate of 67.3%, he has sired 16 stakes winners and 13 stakes placegetters with progeny earnings in excess of $31.5 million.
Horse Videos 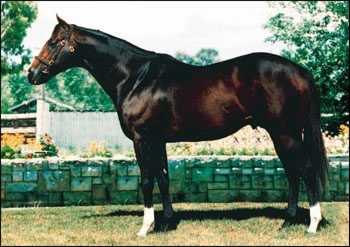