A noble horse that was considered more or less to be a God on Earth, the Marwari Horse was supposed to have been around since the beginning of the world and was specified to be ridden only by the Rajput Warriors as nobody else was worthy of it.

One of the finest horse breeds of the world today, the elegant Marwari comes from an ancient lineage that had Arab and Turkmeni ancestors and evolved in the harsh desert climate of the Marwar Region of India. The Marwari has long been enshrined in the bardic literature of Medieval Rajasthan. A noble horse that was considered more or less to be a God on Earth, it was supposed to have been around since the beginning of the world and was specified to be ridden only by the Rajput Warriors as nobody else was worthy of it. The Rajputs, and the Rathore Clan in particular, had arrayed under them a strong, highly-trained cavalry that had the reputation of never backing down in a fight. The Marwari Horse supposedly left the battlefield only after victory, or to carry its wounded owner to safety, or in the event of its own death. The tales of the Marwari`s feats and bravery in battle are legendary and still emotionally stirring – it was known to leap high up to attack an enemy atop an Elephant and to jump off high Fort Walls. One of the most famous tales is that of Maharana Pratap of Mewar and his loyal steed Chetak that, though mortally wounded in the fierce battle of Haldi Ghati in 1546 against the Imperial Mughal might of Emperor Akbar, carried him steadfastly and without faltering to safety. It was only then, according to tradition, that this brave creature gave up its life. Maharana Pratap never forgot Chetak and, when his circumstances improved, he erected a splendid monument in his memory. There are many other such tales of the nobility, sacrifice, and incomparable companionship of the Marwari horse, and it does not at all seem surprising that this horse should have been so highly valued by the Rajputs over the centuries.

Apart from their undoubted use in battle, Marwaris were excellent horses for hunting and racing. They were also seen in the Polo fields and in traditional Hindu weddings. Albino Marwaris were considered priceless and were used in religious ceremonies.

With the advent of the British Raj in India, things changed. The British, with their contemptuous attitude towards all things Indian, showed a marked preference for European Thoroughbreds over the Indian Breeds, and, as the descendants of the once-proud Rajput Maharanas appeared anxious to appease the British and keep their kingdoms, they more or less followed the conquerors in their tastes and the Marwari Horse went into a decline. The coming of the Industrial Age was another contributing factor as horses were now not needed in the different walks of life as had been the case before. After Independence, the Privy Purses or the Special Privileges that were accorded to the Indian Princes were abolished and they became ordinary citizens and, probably for the first time in generations, experienced a serious financial pinch. It became impossible for them to maintain themselves in the accustomed stately pomp of old, let alone their horses. It was to be only after they decided to come down from their high horses and move with the times that any thought could be spared towards any equinary interests. The transformation of the Royal Palaces into luxurious hotels for the tourist industry provided both a steady and sufficient income, and the Royalty, no longer in any pecuniary position, could now afford to indulge in long-neglected hobbies. This proved to be a blessing for the Marwari Horse, and from a rare breed that was periliously near extinction it has now made a remarkable comeback.

The Marwari Horse, bred as it was in a harsh climate, is a hardy breed, capable of withstanding both intense heat and cold. It has great endurance and hard strong hoofs that rarely need to be shod. The Marwari Horse stands 14 to 17 hands tall and is an epitome of sheer equine beauty. It is elegantly proportioned, with a proud high head carried on a well-arched long neck, muscular shoulders and thighs, and round rumps. The Marwari Horse moves with a smooth, easy gait.

The Marwari has a long head with a broad forehead, wide-set large, and alert eyes, a roman nose with full nostrils, and a well-shaped mouth. The most distinctive feature of the Marwari Horse are its lyre-shaped ears, which curve inwards and meet at the tips. The medium sized ears, which are longer in Mares as compared to Stallions, are capable of rotating through an angle of 180 degrees and, apart from providing the horse with an extremely acute hearing, also protect it in sand-storms. The soft, glossy coat comes in a variety of colors, but the Piebalds, Skewbalds and black and white ones are the most in demand; the flat-chestnut colored ones are not pure Marwaris, having some European thoroughbred blood.

The Marwari, in recent years, is gaining a strong following both inside and outside India. The Marwari Horse is capable of adapting almost anywhere, and its undoubted beauty and courageous disposition along with the steadfast loyalty it shows towards its owners is making it very popular with horse enthusiasts. Today it is used for Polo Riding, for Horse Riding Safaris, in Marriage and Religious Ceremonies, and also in the Cavalry ranks of the Delhi Police, the Punjab Police, the President`s Bodyguards, and the Armed Forces of India.

The Marwari horse today is descended from the splendid war horses that served the ruling families and warriors of feudal India, throughout and from the beginning of that country`s history. Their status was unparalleled, as they were declared divine and superior to all men, including those of Royal blood. Accordingly, only the Rajput families and the Kshatriyas - warrior caste were permitted to mount these exalted animals.

Today the breed is once again achieving eminence after over a century of twilight status due to the Imperial presence of the British and further, the new Indian democracy.

The Marwari horse, as the most potent symbol of the warrior Kings somehow survived wholesale slaughter, castration and fearful ignorance during the troubled times preceding Independence and for several decades later. It is thanks to the surviving Rajput families and horse lovers from all communities that the resilient and beautiful Marwari has emerged from the shadows onto a bright and hopeful future and out of the threat of extinction.

We are honoured to present some of the best horses in the country. Our primary breeding stable is based at Dundlod Fort, Shekhawati, Rajasthan , with a sister base on the Island of Chappaquiddick, MASS, USA. Together they form the largest nucleus of this breed, and we are the first breeders of the Marwari horse to have exported them successfully out of their country of origin.

Currently we have six horses in the USA with several more due later in the coming years. We anticipate exporting a maximum of 10 a year for the foreseeable future.

The Marwari horse stands between 14 and 17 hands depending on it`s topographical origin. We have noticed that our foals and fillies are reaching higher and broader proportions by virtue of sustained and complete nutrition. But the average is probably 15 to 16 hands.

The Marwari comes in all colours including the boldly coloured ABLAKS - (Piebalds, red & white or Skewbalds, black & white) particularly favoured in India. The body is powerfully proportioned, compact and elegant with round rumps and muscular thighs and shoulders, making a good all round pleasure horse.

His natural tendency to perform would make him particularly suitable for dressage. He is a tough, brave and undeniably beautiful horse who has proven his ability to adapt and thrive in most environmental conditions.

His royal history and scarcity should guarantee him a deserved status in the international equestrian arena.

The Marwari is a gaited horse with several gears. Other than posting, cantering and galloping, he engages in the REVAAL. This smooth and comfortable gait with minimal vertical movement is used in the desert to cover long distances in great comfort.

In rural Rajasthan the Marwari is commonly trained for dancing at the many festivals and marriages that occur throughout the year. This dancing is an ethnic form of haute e`cole and goes all the way back to the maneuvers of combat of previous centuries.

The natural bearing of these horses is very proud and showy with a high head carriage and a very alert appearance. The neck is beautifully arched in movement. The unique characteristic of this breed are the remarkable curled ears which form a perfect arch when pricked forward. The profile of the head is straight with a tendency to a roman nose rather than convex. The eyes are large, luminous and set wide. The coat is very fine and silky as befits a desert horse and is now known to grow denser in the colder winters of the USA. 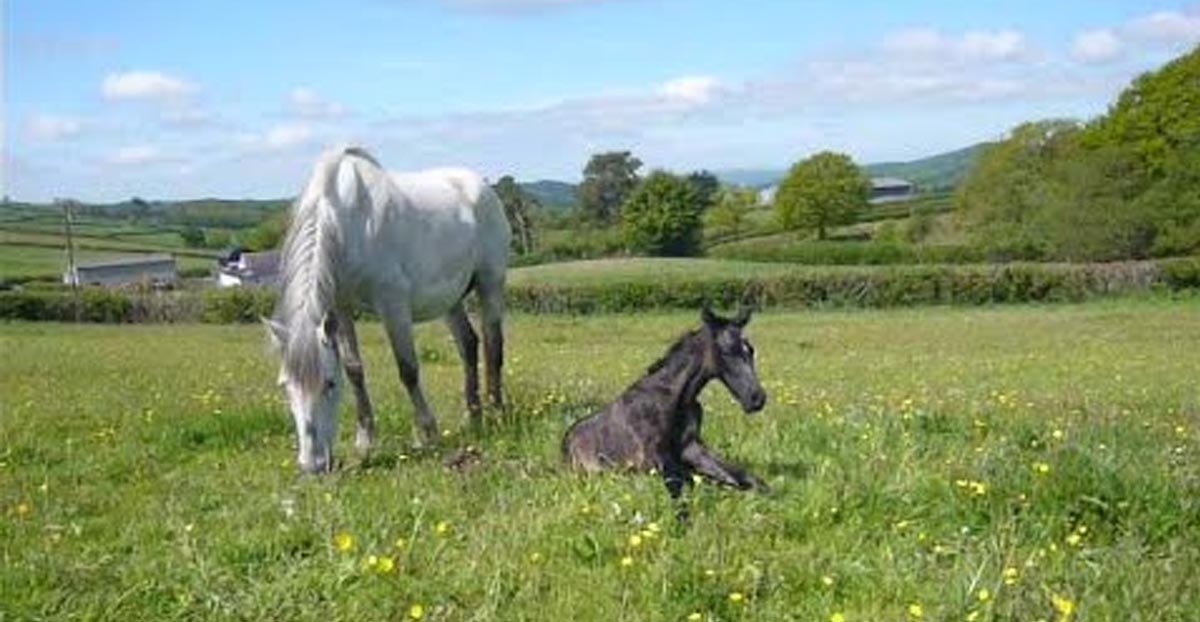 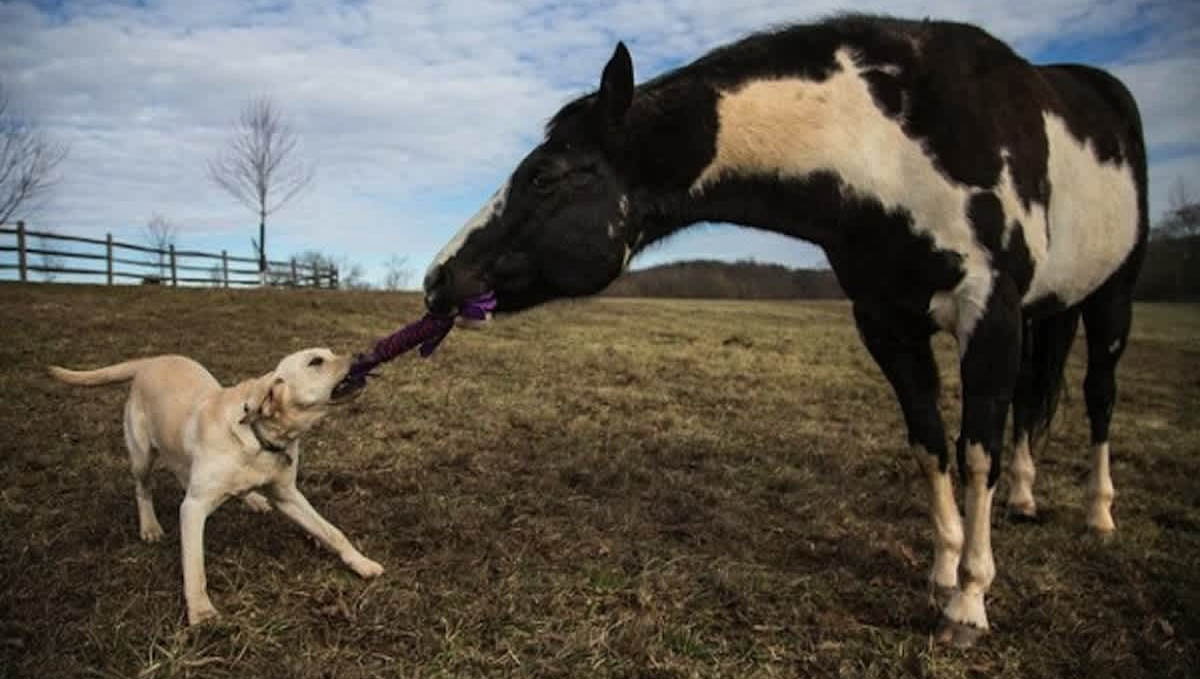 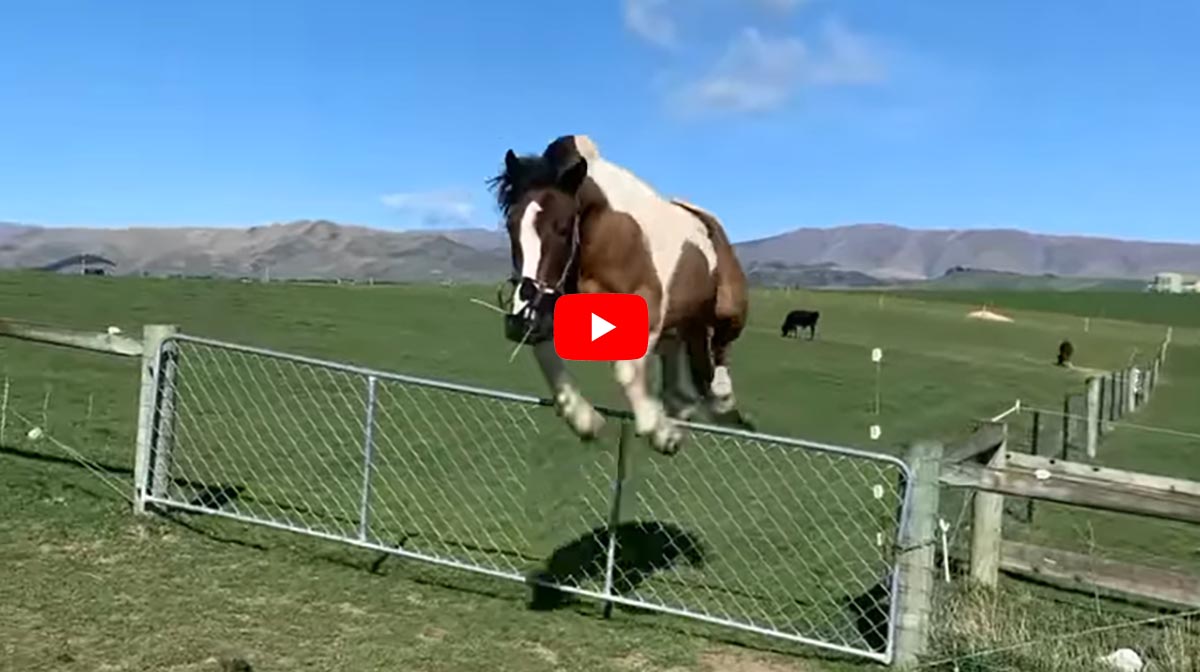 Today my owner tried a less restrictive muzzle on me. This video sums up how I feel about an enforced diet!! Put a muzzle on me, i`m off! Free Range @That Dickhead Harley. Good boy getting exercise AND dieting 😉. Little show jumper 😆â€¦
Read More 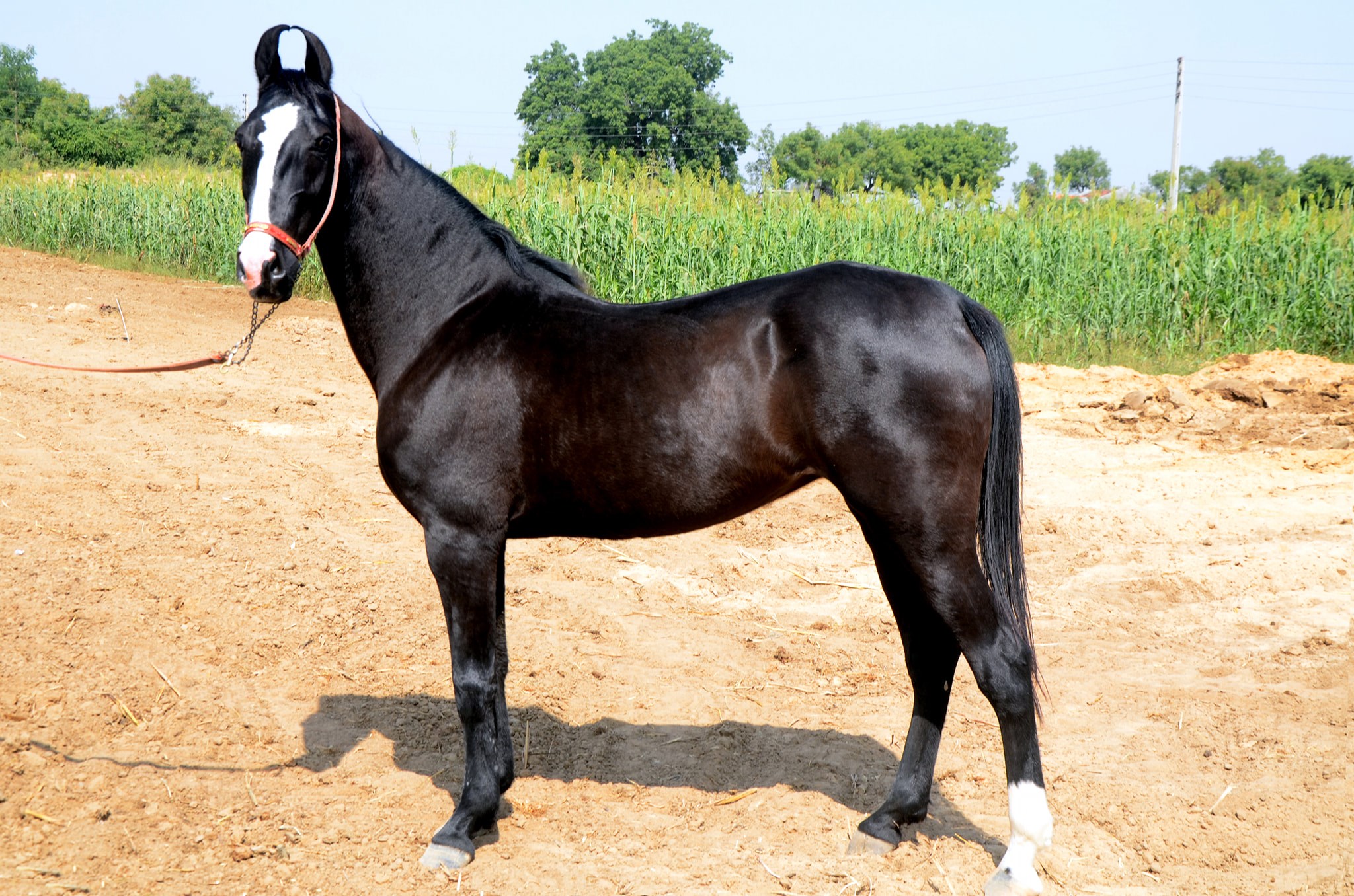 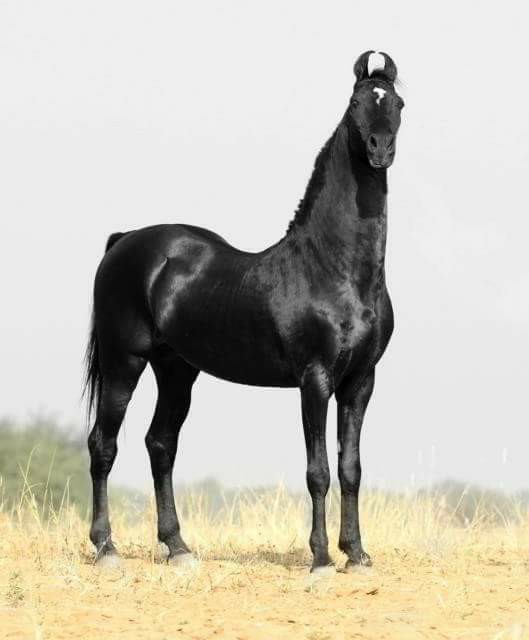 The First Marwari born in France

Ajna , the new born Marwari foal is now three months old and also put for sale in France. The only Marwari to be sold as of now in. We know you might be excited to see the pics of Dam and Sire too. equestriangroupi@gmail.com

"BAJOTHIA STUD FARM" is situated near palanpur city in the northern part of gujarat. The farm is active in breeding of Marwari horses since 1986-87. Today the farm owns 2 Marwari stallions and 12 Marwari mares for breeding purpose. +91 98259 70143

Owner : Dr. Narayan Singh Manaklao is a social worker, earlier he was a professor and now a horse breeder, enthusiast to preserve the near extinct Marwari Horse nationally and promote internationally. Dr. Manaklao is a dedicated social worker who is well recognised for his services by the Government of India, who bestowned him Padam Bhushan and Padam vibhushan. He was nominated to Rajya Sabha and was Member of Parliament from 2003-2009.


The breeding is carried out by natural system. The mares are shown to a teaser and heat is deducted. The veterinary Doctor examines the mare and indicates the proper time of service by the stallion.

A true to breed characteristics stallion ‘SURAJ’ beautiful touching ears, dark brown,62 inches, compact body gives covering to the mares. The results are excellent. The progeny is true to the breed and are winner in many Marwari Horse Shows.

Exercising and Grooming :Every horse and young stock is properly groomed after exercise. They are exercised in open area. By lungeing, free run and riding. The healthy shining coat of each Marwari horse speaks of the sound health.

A non profit organisation promoting the unique Marwari and Kathiawari Horse Breeds of India ~ the ones with curly touching ears. We are the UK Chapter of the Indigenous Horse Society of India (IHSI). Founded: July 2008. info@friendsofmarwari.org.uk 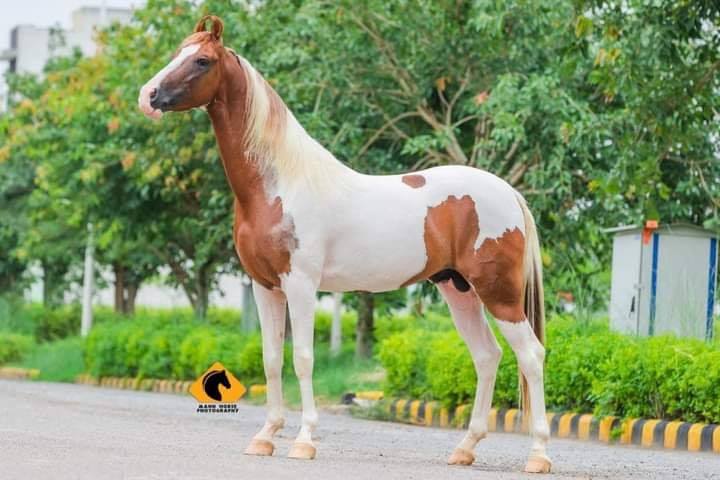