Carthago Chicago`s dam Call Girl is by (Broadstone) Chicago and out of the former champion show horse Daytona (wins at RIHS, AHS and BSH Championships). Daytona is by Demonstrator who is one of Great Britain`s leading sires of proven competition horses in all disciplines. He has won nationally and Internationally at Grand Prix level dressage. The quality and consistency of this bloodline is also shown by Carthago Chicago`s three full sisters who were all awarded BEF Elite scores at the Futurity Evaluations.

Carthago Chicago has inherited Silvester`s high fertility - all his mares are in foal. The first crop of Carthago Chicago`s foals in 2017 were outstanding, and included, BEF Futurity First and Higher First Premiums and Chicago Carrera - Champion Showjumping Foal in the Futurity Elite Championships at the Great British Foal Show.

Viewing is welcomed at WG Stud where you can see Carthago Chicago`s Sire - Silvester and Dam and Siblings.

Carthago Chicago is Graded with SHB(GB)

Progeny
Carthago Chicago sired the Champion Showjumping Foals at both the 2017 and 2018 Futurity Elite Foal Championships, in his first two seasons of breeding!

This accolade previously won by his sire Silvester demonstrates the consistently outstanding quality of this bloodline.


Viewing is welcomed at WG Stud to see Carthago Chicago & a selection of his progeny, for more information please call 07779 217 215.

Grand sire of Carthago Chicago, competed in grand prix show jumping and was an advanced eventer.

Sired by Calypso II out of the mare Full Of Power who is a daughter of Furioso II. 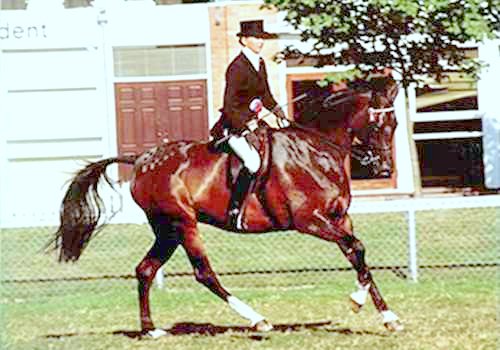 Foals For Sale by Carthago Chicago

WG Stud have an excellent reputation of breeding sport horses of the future, as home of Carthago Chicago they breed each year a selection of foals all with the pedigree to excel in any equestrian sphere, to arrange a viewing please call 07779 217 215.