Competed by Michael Whitaker, Virtual Village Ashley had many excellent results, below you can watch Michael Whitaker and Ashley in action jumping in the World Cup final.

Sired by the famous selle francais stallion Le Tot De Semilly, originally found for Michael by fellow British rider Mark Armstrong as a six year old. With Michael initially busy with international horses competing abroad, Michael`s wife Veronique would compete the horse in young horse classes. When Michael took over the ride from Veronique, his winning ways continued with a victory in the prestigious Foxhunter final at the Horse Of The Year Show, this would continue throughout his jumping career and together Michael Whitaker and Ashley would win numerous international classes. 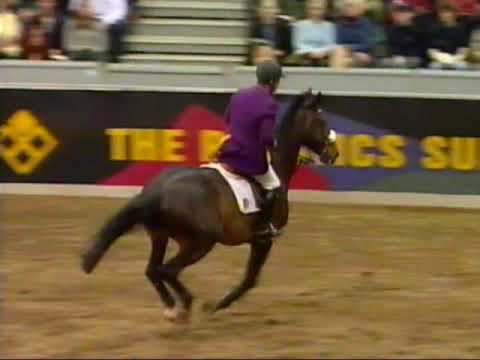 Ashley was a successful show jumping horse who was competed in the international arena with British show jumper Michael Whitaker, Ashley who competed with the virtual village banner as virtual village Ashley has many successes that include victories

If you`ve ever been the victim of an animal bite, you may think that the attack came out of nowhere. However, if you knew how to read an animal`s body language, you would probably have seen one or two tell tale signals that may have enabled you to avoid being bitten.…
Read More