10 Horses and a Dog Rescued from Flooded Barn in Florida

Deputies of Florida`s Highlands County Sheriff`s Office worked together the Animal Control Department to rescue horses and dogs trapped at a barn flooded. Floodwater from Hurricane Irma saw residents and pets trapped throughout the state with emergency services working together to rescue humans and animals alike.

The horses at Lakeside Stables found themselves trapped when the Arbuckle Creek saw record high water levels. Rescuers walked the horses by hand the the deep water loading them onto a trailer and transported away to safety. 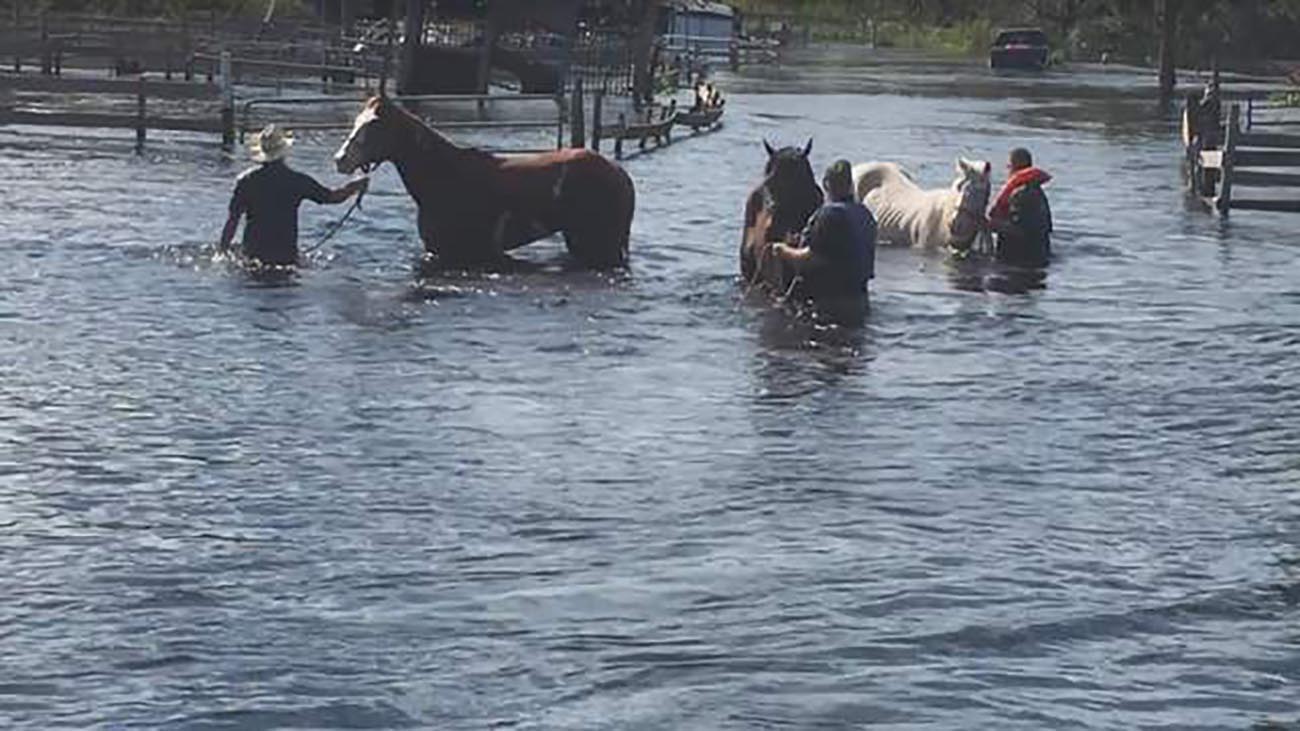 A small farming community in New Zealand has been caught by raging floodwaters. Farmers have been fighting to save their livestock from the dangerously moving water. Unfortunately a 20-year-old thoroughbred mare named Voice has been lost during the flood. Her owner has feared from the worst, because Voice hasn`t been a young horse.

Days have been passing by and the hope of finding Voice has started to vanish. But, sometimes miracles happen and 13 days after the flood, Voice came out of nowhere! Her owner Liz Currie could not believe and as she said Voice didn`t have any serious injury.

According to her the horse must have been caught up in some bank, because she has been all covered in mud. Also, Voice has lost some of her weight and that`s why she needed a lot of care.