Annandales Love Story For a horse like this, make sure it traces to Annandale stock, and is either registered with TIGRE, The Tiger Horse Breed Registry, or The Soulon Tiger Horse Registry. Only then may you be certain that truthful DNA is on file, and that the horse you are considering buying, is approved by TIGRE, especially now that The Tiger Horse Registry has been closed and only Soulon qualified individuals will be accepted.

No wonder ancient wars were fought over ownership of majestic horses like this one. Then as now, they were rare, but also because they were bold gaited movers, and brave enough to fight on, "long after riders had been knocked from their backs. See our HISTORY page for more information on how we at Annandale have managed to bring back the Tiger Horse.

Annandale`s Love Story was one of our foundation stallions. Now gelded he belongs to Cassandra and John Booth and lives with them in New Zealand. With the export of Love Story to the southern hemisphere, Tiger Horses are now represented as far south on the planet as they once were, to the north).

This magnificent horse is one of twenty registered Tiger Horses to earn The Soulon Seal Of Approval, an award created by TIGRE to honor and promote the phenotype of ancient china`s SOULON horse.
As history has a habit of repeating itself, Tiger Horses are once again thundering into existence from their ancient Siberian past. Once used to hunt the Siberian tiger, probably about 2,200 years ago, we can imagine an entire herd of these magnificent creatures galloping across fertile plains at the foot of the Heavenly Mountains. (China/Siberia border).

At some point in history, Spain acquired a stream of Heavenly horses and began breeding them to Asturians from the mysterious Basque region of Spain. A pony sized gaited horse still farmed for table food, the Asturians are known for their black coats and lateral gaits. Spain renamed the horses they got from Siberia, "el caballo tigre" (ie., the tiger horse) because back then they had no name for "leopard." Everything displaying spots was referred to as a tiger this, or a tiger that. Nearly four hundred years later, and here in the USA after Nature had her way with horses turned loose to fend for themselves, we at Annandale were able to locate a few suitable individuals for our own breeding program, and Tigre`s SOULON Horses were re-born. Below left a modern day Soulon Tiger Horse mare closely resembling these clay models of the ancient T`Ang Dynasty Soulon horse. As you can see, there is a striking resemblance to the stately ceramic "T`Ang horses" , which reflect China`s successful attempts to produce their horse of great stature. Ancient artists loved to paint or recreate ceramic replicas of the famous T`Ang horses which are often represented wearing colorful blankets, ornately decorated saddles, and fine silk tassels. But even today, the SOULONS is still promoted by china, if only artistically. But 220 years earlier, during the Han Dynasty, horses like this clay replica were the order of the day. The Han Dynasty horses were the foundation stock for china`s eventual and famous SOULON horses. The same is true for our foundation stock. In 1992 horses like this one were the most influential in our start up breed, and look at the close resemblance between them.


During the earliest stages of our modern day Tiger Horses, we used a variety of breeds experimentally. Our first homozygous stallion was Annandale`s Storyteller (above right). He is a grade Appaloosa and came to us at six months of age. We eventually bred him to several different types of mare hoping to see what he had to offer. Storyteller delivered spotted foals 100% of the time and gave us and others many foals with other fine characteristics we thought suitable to perpetuate.

Storyteller and others like him, including mares, taught us that horses with his markings had two copies of the LP gene (aka the Appaloosa coat patterning gene) and would always give one copy to their foals, regardless of solid colored partner used. But how was gait being inherited?

Unfortunately, Storyteller`s gait and that of others with his markings, moved more like a trot than a smooth middle gait. But through him and others, we later learned that a yet un-identified gait was indeed present and needed to be recognized. For her persistence that this mysterious gait did indeed exist, thanks must go to Vicki Rizzo, a Tigre member. Other members recognizing a similar gait in some of their horses, also helped in the discovery. Together we named the mysterious gait; The Glide. Learn more about our discoveries and the middle gaits at the link highlighted above, but don`t forget to come back.

As luck would have it, and with Storyteller`s help, we were able to reproduce the coat patterns of ancient spotted horses like the Chinese mounts on the right.

We just needed to carefully select from the resulting foals, which ones we wanted to keep in the mix which as you can imagine from these examples, were very difficult to let go.

But with few exceptions, any foals that did not gait to our satisfaction moved on, even though they were spectacular individuals and if bred to a gaited partner, may have produced some suitable individuals, but we needed to accomplish our goals as quickly as possible and in our lifetime.

Having competed both nationally and internationally on Arabians, we wanted some of their enduring traits, but not all. So we sold or gave away most of the Arabian horses we owned and also their spotted foals, so others might have a leg up along this exciting journey and we may continue focusing on the new breed and its important characteristics.

These are excellent examples of the more popular coat patterns among buyers and known as Leopards`. There are two types of leopard spots. These are born with spots scattered throughout, and very clear and hard definition. While others have to evolve into their spots which can take several years, but display softly feathered edges.

Once we had discovered exactly what was giving us these great and colorful results, we moved on to stage two and selected for the

perfect middle gaits during which time we discovered that certain individuals` coat patterns played a large part in gait inheritance. There is a definite link, in our opinion, between coat patterns, body type, and gait inheritance. Our personal color preferences then changed having been influenced by repeated similar examples. Finally with gait and color genetically supported, we concentrated on their phenotype ie., the body type we wanted as representative of our new breed. We now have the genetics for predictable reproductions firmly established and can consistently produce horses with a strong resemblance to china`s extinct and incredible SOULON.

We have achieved our goal and arrived at our final destination in just under a quarter of a century. It took China 220 years to do the same. 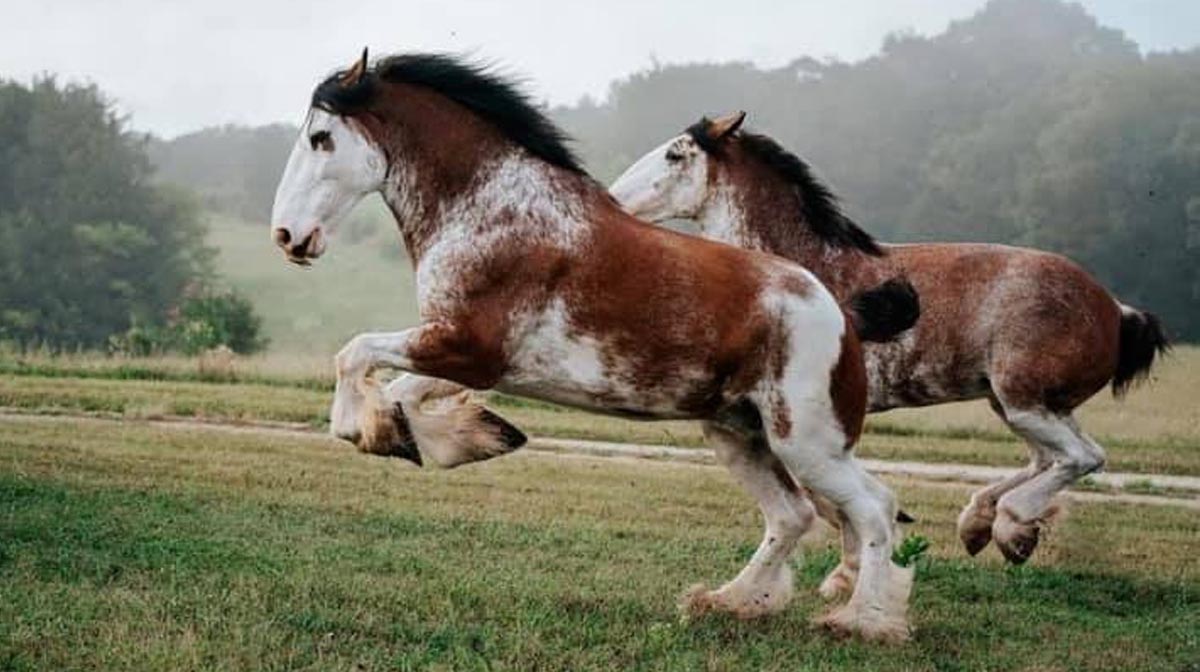 Clydesdale Horses Are So Magnificent And Graceful 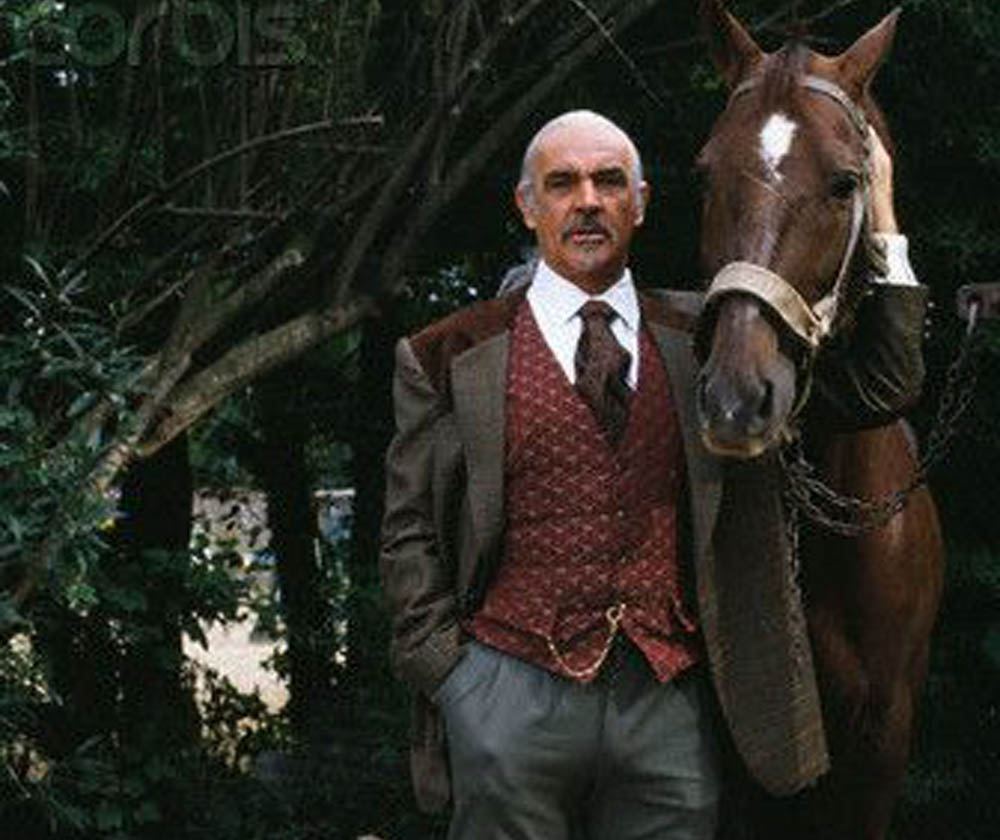 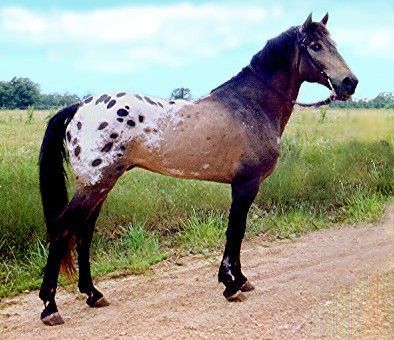 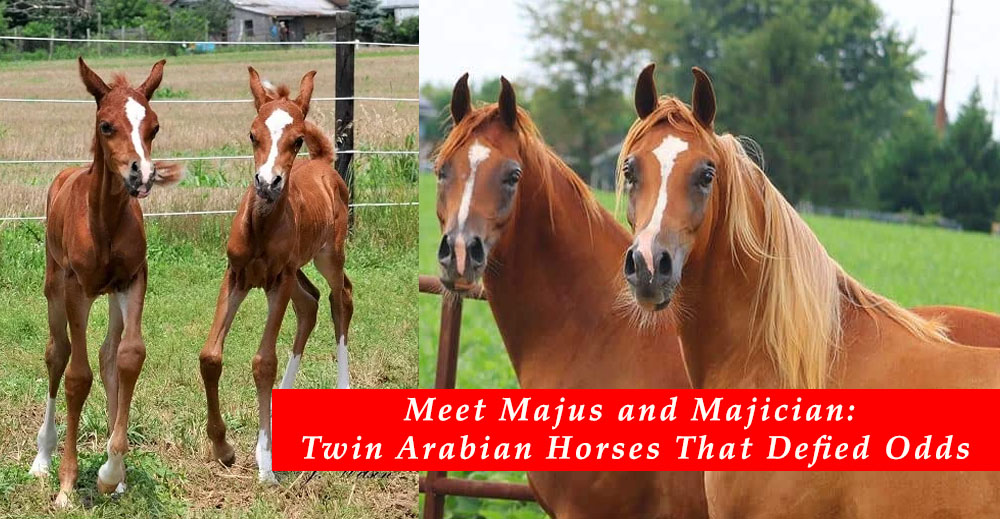 The Twin Arabian Foals Who Defied The Odds

Meet the BOGO twins Majician and Majus the Arabian colts who beat the odds to survive and to thrive, read the story online…
Read More 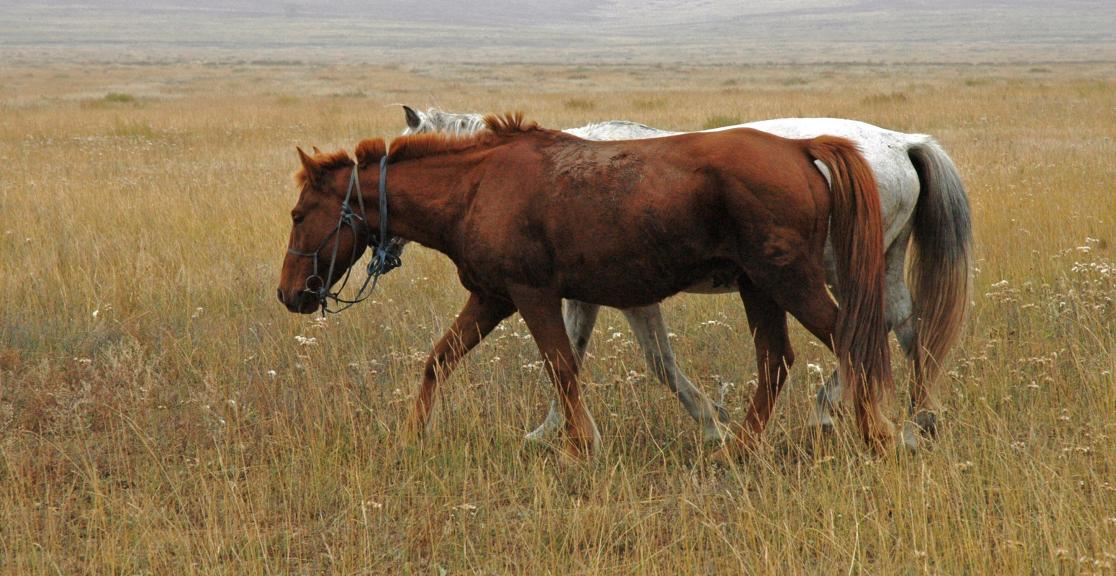 Horse Charities
- Are you a horse lover, help horses in need with local horse charities, as well as equestrian charities located all around the world. | World Horse Welfare Celebrates Charity of the Year Status at Badminton 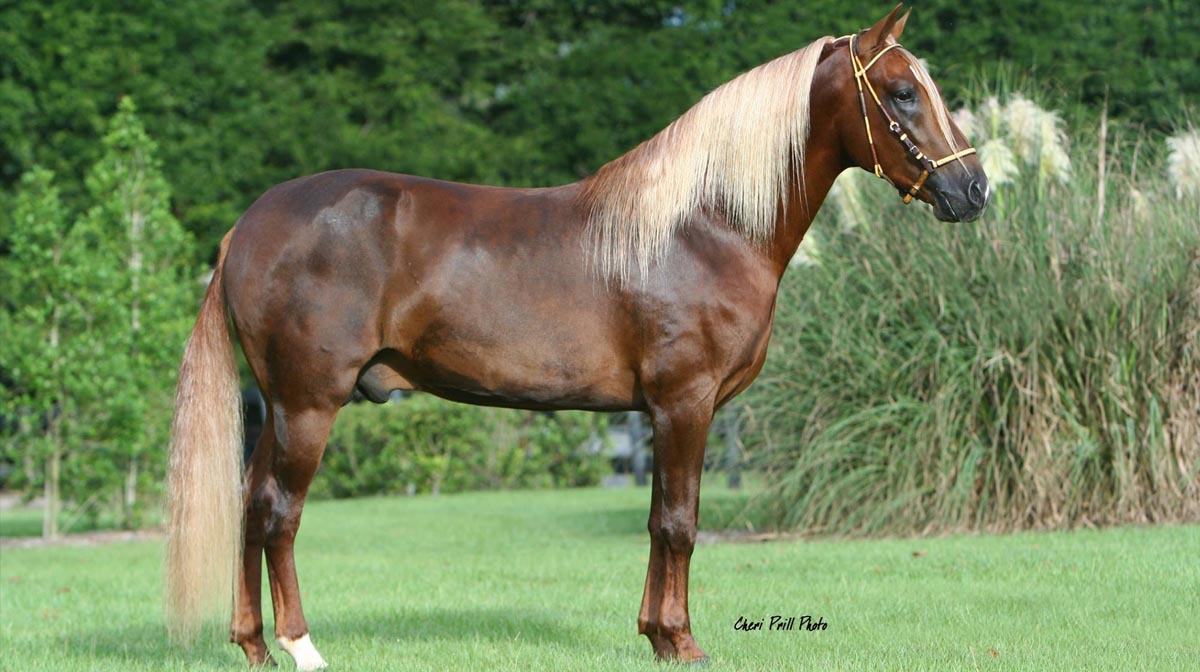 Dying Man Tears Up As Empathy Horse Locks Eyes. You Must Watch
- Animals have a special sense of energy and are empaths in a way. They soothe the soul of those in pain and fear. What a beautiful creature who can bring calm and peace to those patients. 🧡 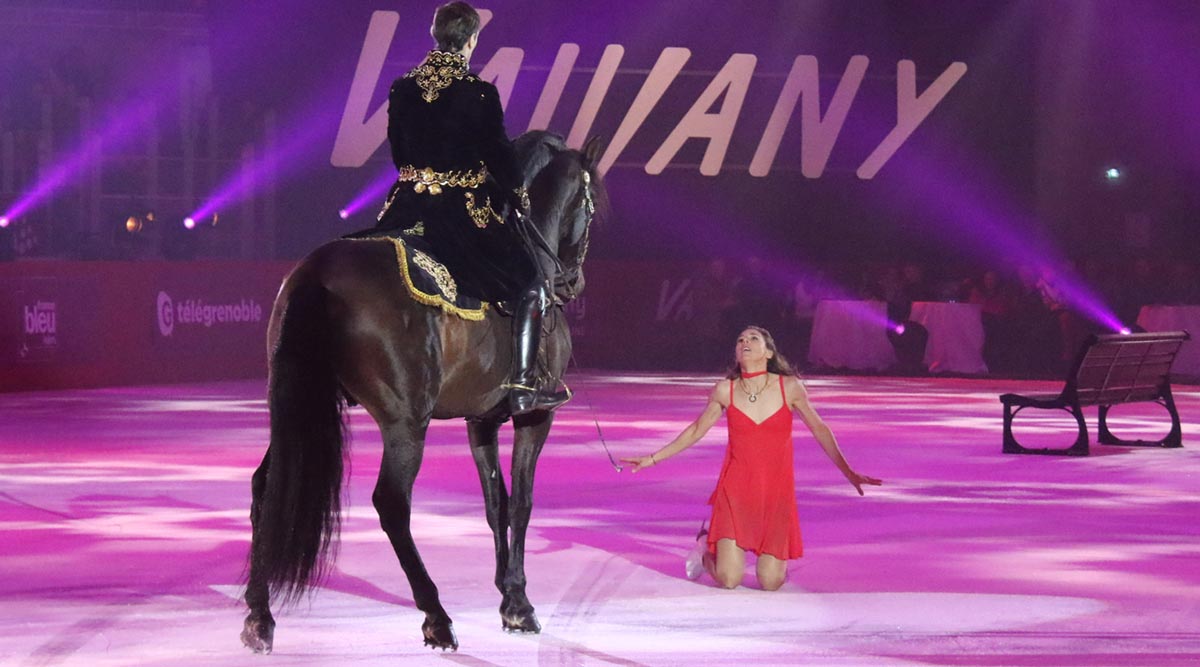 Vaujany Gala Skating with a Horse
- When a horse - a gigantic animal with half a ton, on hooves - can walk on ice better than you.... 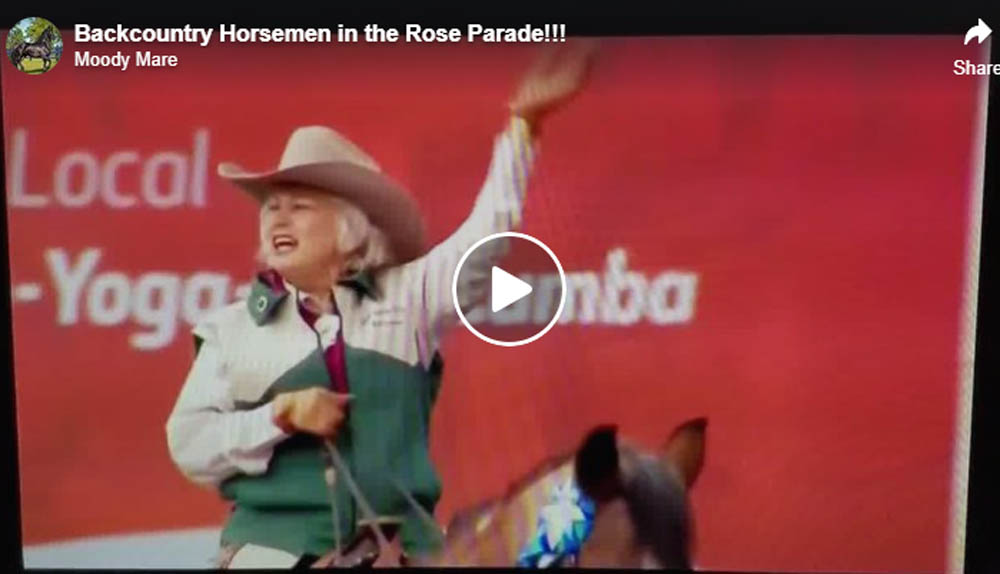 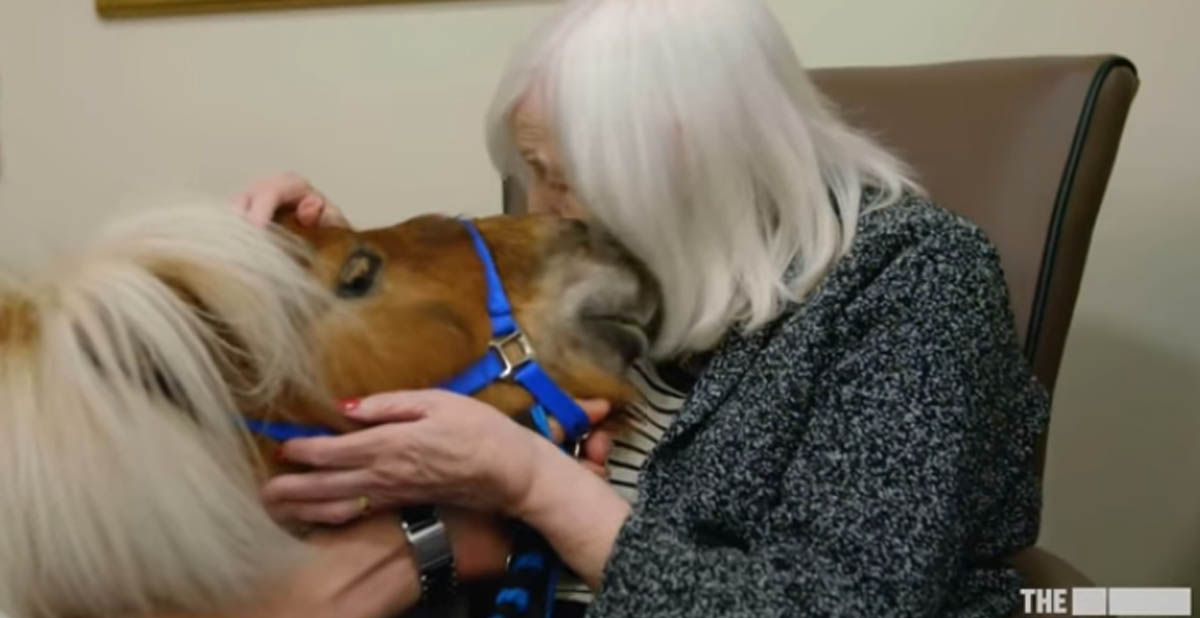 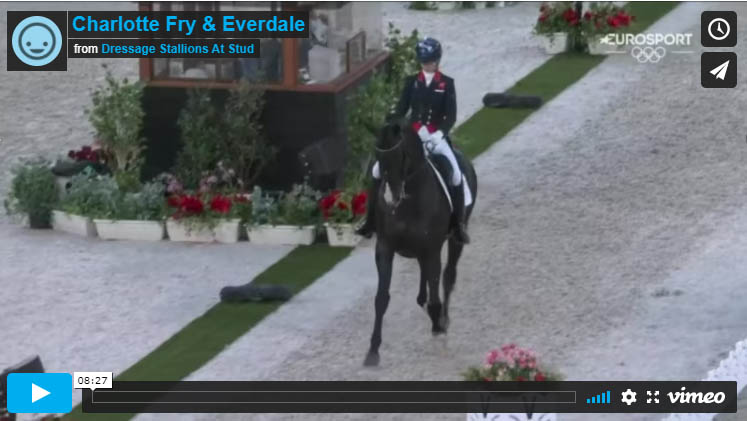 Everdale
- Day one of the Olympics, Charlotte Fry and Everdale made their Olympic debut in Tokyo with a personal best of 77.096%. Dutch Warmblood Stallion Everdale (Lord Leatherdale x Negro) - Olympic dressage stallion competed by Charlotte Fry. Watch video of Everdale in action. 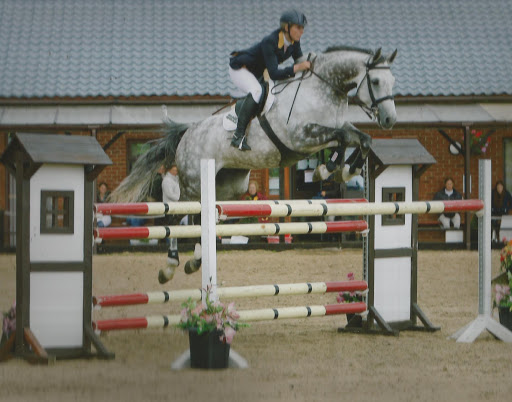