Ruby Walsh is a leading national hunt jockey from Ireland, over his many years he has had a great deal of success on the many different race tracks from around the UK and the world

Jockey Ruby Walsh on how to ride at Sandown Park Racecourse 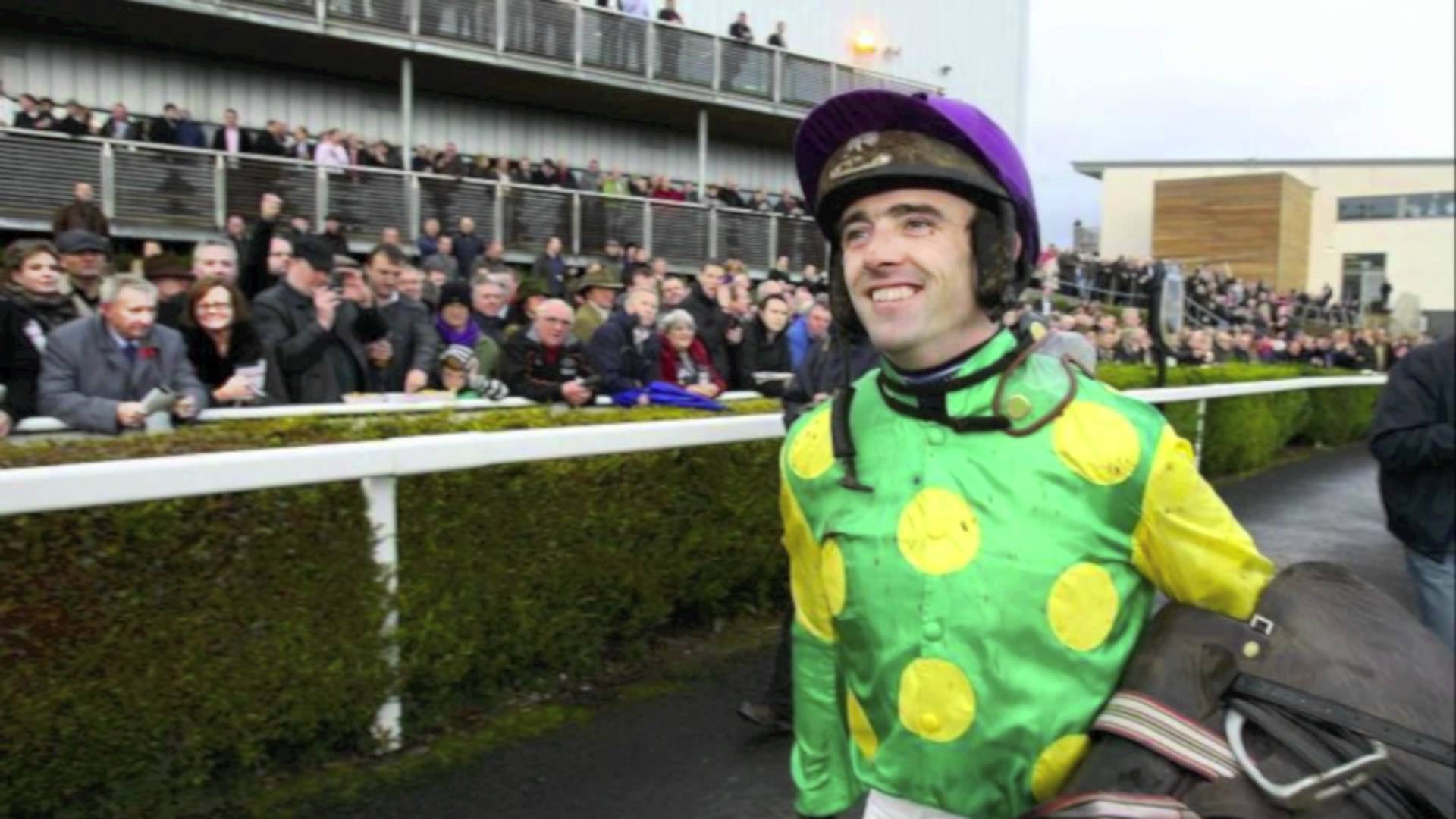 Ruby Walsh (born Rupert Walsh on 14 May 1979 in Kill, County Kildare, Ireland) is the reigning Irish National Hunt champion jockey. He is the second child, and eldest son, of former champion amateur jockey Ted Walsh and his wife Helen.

Showing talent from an early age, Walsh won the Irish amateur title twice, in 1996/7 (aged 18) and 1997/8, before turning professional. He won the English Grand National in 2000 at his first attempt, aged 20, on Papillon, a horse trained by his father and owned by Mrs J Maxwell Moran. Father and son then went on to win the Irish Grand National with Commanche Court the same year. In the 2004/5 season Walsh won three of the four Nationals: the Irish on the 2006 Grand National winner, Numbersixvalverde, the Welsh on subsequent 2007 Grand National winner Silver Birch, and the English on Hedgehunter. He rode Cornish Rebel in the Scottish, but was beaten a short head by Joe`s Edge. However, he had earlier success in that race on Take Control in 2002 and he and Tony McCoy are the only jockeys currently riding to have won all four Nationals .

To date Walsh has ridden over fourteen hundred winners including 25 winners at the Cheltenham Festival since his first win in 1998 on Alexander Banquet. These include the 2004 Queen Mother Champion Chase on Azertyuiop, the 2007 and 2009 Cheltenham Gold Cup on the favourite, Kauto Star and two subsequent Queen Mother successes in 2008 and 2009 on the brilliant Master Minded. He also won both the 2006 Tingle Creek Chase and the King George VI Chase on Kauto Star. He repeated the King George feat, again on Kauto Star, in 2007 (just days after returning from injury), 2008, and most recently in 2009 when Kauto Star won impressively by 36 lengths. He won the Hennessy Gold Cup twice, in 2003 on Strong Flow, and in more recent times, 2009 with Denman. He also won the Whitbread Gold Cup twice, in 2001 and 2003 (the latter when it was run as the Attheraces Gold Cup), both times on Ad Hoc. In 2007, Walsh won the inaugural British Horseracing Board Jockeys` Order of Merit award.

At the 2009 Cheltenham Festival Walsh rode a record-breaking seven winners over the four days. On the second day of the 2010 festival he rode Sanctuaire to victory in the Fred Winter Juvenile Novices Handicap Hurdle and therefore became the jockey with the most wins in the history of the Cheltenham festival.

Like many jump jockeys, Walsh has suffered a number of serious injuries, the worst of which was a broken leg sustained in 1999 at Pardubice in the Czech Republic, a course he was visiting in order to compete in the famous Great Pardubice Steeplechase. He later broke the same leg while schooling a horse and was out of action for a total of five months that season, but recovered in time to partner Papillon to win his first Grand National.

Walsh has also fractured his wrist twice, dislocated one hip and fractured the other, cracked his elbow, dislocated both shoulders and suffered cracked and badly bruised vertebrae. A fall at the Paddy Power meeting at Cheltenham in November 2008 resulted in Walsh having his spleen removed in an emergency operation. He returned to the saddle 27 days later.

Walsh fractured his left ankle during a fall from the ill-fated Imperial Hills, trained by Willie Mullins at Killarney in May 2009. During his time off he was present to saddle Sesenta for Willie Mullins in the Ascot Stakes at Royal Ascot.

During the run-up to the 2010 Grand National he broke his left arm after a fall from Celestial Halo. His horse fell and they both seemed to have got away unscathed, but a horse racing behind them landed on his arm while he was on the floor, breaking it in two places.

Walsh`s recent dominance of the jockeys` championship in Ireland is all the more remarkable given that he has a unique riding arrangement with two powerful stables, one on either side of the Irish Sea. Based in Calverstown, County Kildare, where he lives with his wife Gillian, he rides predominantly for Willie Mullins in Ireland, and also spends a substantial proportion of his time riding in England for Somerset-based champion trainer Paul Nicholls, the trainer of Kauto Star. He also takes the occasional ride for his father, Ted, and a variety of other, mainly Irish, trainers.

In January 2007, Walsh achieved the fastest ever century of winners in Irish jumps racing history aboard Bluestone Lad at Gowran Park. He ended the 2006/07 season with a combined total in Ireland and the UK of 198 winners, higher than any other jockey from either country that year. (This total was later increased to 200 on the disqualification of two horses for positive tests to banned substances. In both instances, Walsh had ridden the subsequently-promoted runners-up.) He repeated this feat in 2007/08, riding his 200th winner on Andreas at Sandown on his penultimate ride of the season. He rode his 1,000th Irish winner, Rare Article, at Sligo in May 2008.

In more recent times, he rode My Will into 3rd place in the 2009 Grand National behind 100/1 longshot Mon Mome.

Ruby became a dad for the first time when his wife Gillian gave birth to a baby girl, Isabelle, in October 2009. 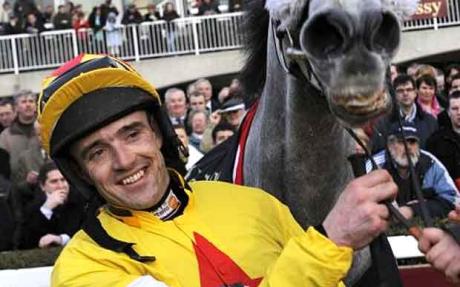 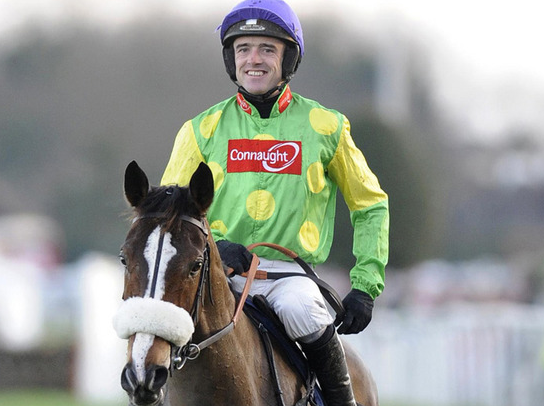 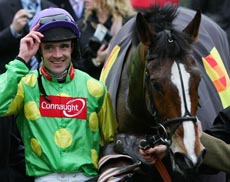 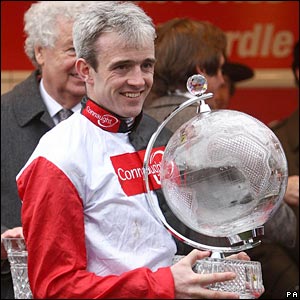 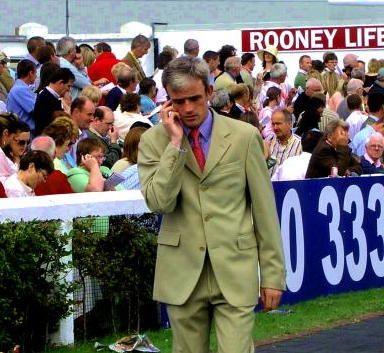 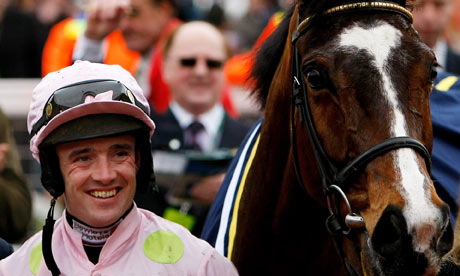 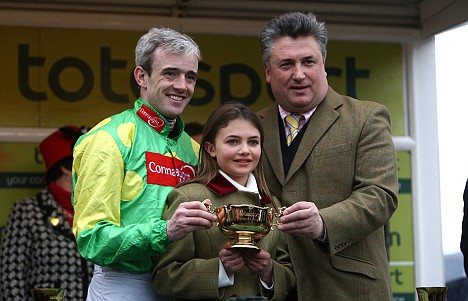 Race horse Big Buck is a successful nation hunt horse trained by Paul Nichols, ridden by a number of jockeys including the great Ruby Walsh. Big Buck was born 16th April 2003, a bay gelding Big buck is a son of the stallion Cadoudal