When Madison Park, aka Parker, became Kyle Carter`s ride in 2005, he came with a deserved reputation of being a `hot` horse. Just looking at Parker, it is clear that he has no lack of athleticism, but unfortunately his temperament kept him from performing to his full potential. Until he met Kyle. Anyone who has had the privilege of watching this pair in action has witnessed a very special bond between horse and rider. Kyle`s success with Parker can be attributed to his consistent efforts to utilize the horse`s energy rather than work against it. Parker`s big personality is both a challenge and a gift - with so much enthusiasm, Parker is capable of magnificent things when focused properly. Of course, there are days when Parker isn`t interested in focusing his enthusiasm in the same direction Kyle is hoping, but his quirkiness is met with patience and acceptance. Today, Parker is an international four star veteran, having competed at Rolex Kentucky Three Day Event (2008, 2009, 2010), the Olympic Games (2008), Burghley Horse Trials (2009), and the World Equestrian Games (2010). At 13 years old, Parker still has an exciting career ahead of him, and will surely continue to accomplish great things. 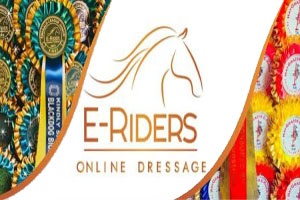